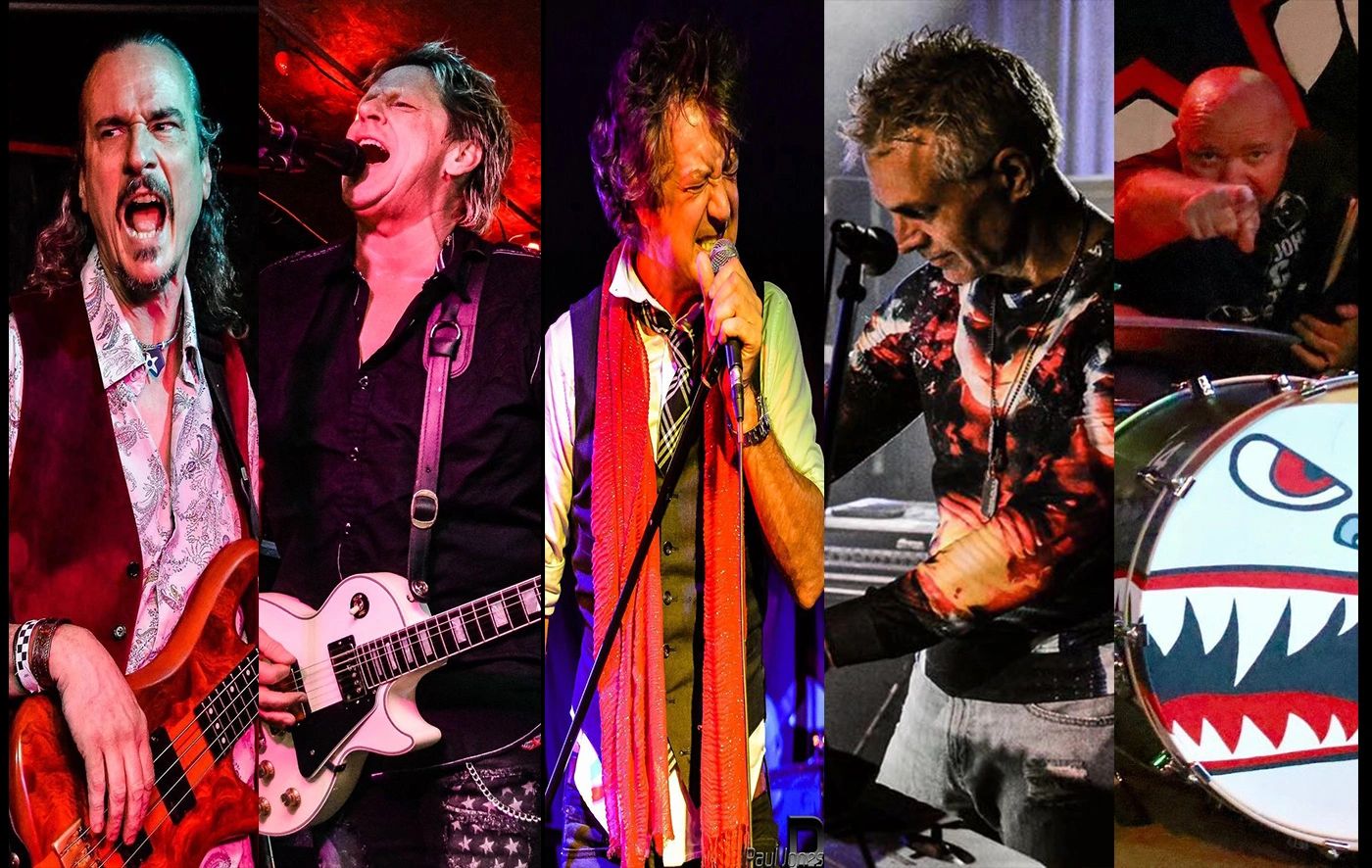 Stardog has become one of the most anticipated bands in the Southeast. This South Carolina based rock group has shared their infectious sound with raucous appreciation and incredible support from fans all over the Southeast and beyond.

Give it a listen… listen to the music.

Live Life In A Song

These guys deliver the goods in an arena rock vibe with a modern twist.

Their amazing debut 2014 EP- “Black Mountain Rain” is available now on iTunes, Amazon and many others. Songs like the title track “Black Mountain Rain”   showcase the bands hard revving roots in rock and roll conjuring up visions of Rival Sons, Foo Fighters and even some early 70′s Deep Purple and Led Zeppelin. All done with the sonic blast of modern edginess and a little taste of the South.

Be Inspired By Everything

STARDOG has enjoyed a rise in the secondary market FM radio charts, FMQB, after debuting at #156 with their Summer single “Fly Away”. Three weeks into the campaign, “Fly Away” had risen to #91 on the chart. Last report had the single in the Top 40! The 2016 EP "Lucky 13" has delivered a masterpiece of classic /modern rock destined to be a fan fave! Stardog is currently putting the finishing touches on their new 2020 EP!

“Beyond the technically accurate but nuance-averse descriptor “hard rock,” Stardog’s musical MO is unique for Columbia in the modern era. But it likely wouldn’t have set the band apart much in, say, late-`80s Los Angeles, where riff-obsessed rock bands with howling frontmen roamed the Sunset Strip like packs of unkempt dingoes. But while the group certainly owes a debt to that era’s sleaze-glam sonic aesthetic, there’s just as much influence to be felt from certain `90s titans, particularly early Foo Fighters and Pearl Jam. It’s not really as odd a space to occupy as it might seem, but even if it is, Stardog has eased right in with seemingly no trouble.” Michael Spawn- Free Times Magazine, May 2017

“STARDOG may be heard on internet radio stations around the world, with a powerful blend of Rock and Blues that have catapulted them to new heights globally. They have developed a huge following overseas–including, Israel and Germany–and all across the UK where music lovers are craving new beats from American Rock Bands.”

“The band sounds great and the tunes are tightly performed and arranged. I love the bass intro tone on Suicide Slide. Looking forward to seeing you in Atlanta.” – Rudy Sarzo (Ozzy, Quiet Riot, Whitesnake, Queensryche)

“Stardog is made up of seasoned rock veterans and it showed in their comfort on stage as well as their technical aptitude.  I thought “Black Mountain Rain” was particularly good, and a great example of how this older style of music could still be relevant.” – Mustard Based Music review of 1/31 show at the Art Bar.

“Star Dog Rules This is some SIRIUS Rock n Roll. Their single Black Mountain Rain shows the Apparent Musical Magnitude of this Alpha Canis Majoris or #1 Great Dog. I expect each new song will be like a Rock n Roll Solstice, Burning with the Intensity of a Massive Solar Flare, only to hopefully culminate into an album that will go Supernova & Rip a Wormhole in the Space & Time Fabric of the Universe, Absorbing any Soul that has an ear for Rock n Roll. Star Dog has Marked it’s Territory. So give that Dog A Bone.” – Mark Kiger

From the EP "Black Mountain Rain"

Can You See Me

Better yet, see us in person!

We love our fans, so feel free to drop us a line!